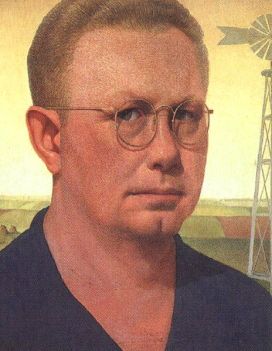 Yesterday’s question was “Who were the models used by Grant Wood when he painted American Gothic?”

Today’s question: On the stock exchanges, companies are known by their ticker symbols: two- or three- or four-letter codes denoting the companies. With 26 possible letters in each slot, there are a very large number of possibilities. But there are also 20 companies with single-letter ticker symbols. How many of them can you name?