I’m back from Europe: it was fascinating and tiring and productive and long in a short period of time. Still haven’t had time to go through the 1,517 photos I took in Montenegro and Vienna, but I’ll get to it soon. 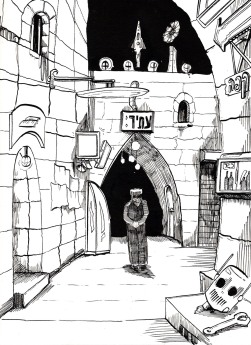 Instead, since I’ve been home, I’ve been hard at work catching up on missed deadlines. But one thing I didn’t miss was the Fantastic Books Kickstarter campaign for the anthology Jewish Futures. Somehow, without me ever expecting it, the campaign has surpassed its ultimate stretch goal, meaning that, instead of just one book, we’ll be producing two. We haven’t discussed what the title of the second volume will be, whether it will just be number 2, or if we’ll pick a completely different title. But whatever we call it, everyone who has backed the campaign (at the $5 level or more) will also be receiving a copy of that second book when it’s available (sometime after the first, which is still on schedule for July 2023 publication). And with 46 hours left to go in the campaign, there’s still time to tell people that, at whatever pledge level, you’re now getting two books for the price of one!

I’m just amazed at the number of people who have backed the campaign, who thought as highly of the project as we do. Thank you, all!