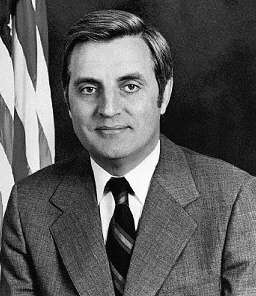 Vice President Walter Mondale (1977-81) has died at the age of 93. Half of the longest-lived President-and-Vice President team, he had served as the Attorney General of Minnesota, and was Vice President Hubert Humphrey’s successor in the Senate for 12 years before Jimmy Carter chose him to run for the Vice Presidency. After their one term in the White House, Mondale served for three years as the US Ambassador to Japan under President Clinton.

Before his death, Mondale wrote a good-bye letter to his staff (available here).

Axios has some more words about him at this link.

And CNN’s announcement is here.

Politico’s obituary is long and good.

Mondale is #5 on the list of longest-lived Vice Presidents, and #1 on the list of longest-retired Vice Presidents (as his President, Jimmy Carter, is on the list of Presidents). He was the first major party Presidential candidate to choose a female running mate, when he put New York Representative Geraldine Ferraro on the ticket in 1984 (though they lost to Ronald Reagan’s landslide re-election). He also stepped in to run for Senator in Minnesota in 2002, when the party’s nominee, incumbent Paul Wellstone, died in a plane crash two weeks before election day.